Winter biking: friend or foe of the outdoors?

Fat bikes – bikes with ultra-wide, low-pressure tires – are becoming increasingly popular. But fat biking is not living in peaceful harmony with existing outdoor activities. Skate skiers note that there are ruts on their trails, cross-country skiers see their tracks destroyed, and snowshoers and hikers are surprised by the headlong arrival of a bike. Does all of this create murderous thoughts in the more traditional users of the snowy trails?

Let’s take a look back at the ‘80s when snowboarding was initially barred from numerous alpine skiing centres. Like the culture from which it came, “snowboarding was perceived as recreation for rebellious, daredevil youths […] Snowboarders were met with hostility by skiers at local hills, who claimed that they tore up the slopes and cut crossways across the trails, ruining the runs for skiers.

At first, few resorts welcomed snowboarders on their runs. However, as the profile of the sport rose alongside the ability of its participants, invitations to resorts increased.” (thecanadianencyclopedia.ca/en/article/snowboarding) You’ll hear an echo of these comments from Benoît Poirier, co-owner of Cycbercycle, a store in the Village district of Mont-Tremblant. “We’re seen as pariahs and have trouble being heard,” says Benoît.

Benoît Poirier and his brother Philippe were early adopters of winter biking in this area. “At first, about ten years ago, we thought we could ride just anywhere. We soon realized that it requires a firm base, well-groomed snow and appropriate trails. We groomed the trails on snowshoes pulling a tire mounted on a rim attached to a harness….

” Today, the City of Mont-Tremblant has a winter biking trail network 25 km long, groomed and maintained mechanically, using the mountain biking trails. The “living together” problem is more related to multifunctional trails like the P’tit Train du Nord (the linear park).

But, Benoît continues, “There’s an unwritten rule for fat bikes: you shouldn’t ride when the tire sinks more than a half inch into the snow.” The tire should not be too inflated and should be four to six inches wide. The mountain bike tires, at two to three inches in width, just aren’t right.

You don’t go out riding after a snowstorm and you let the snow harden after grooming for at least four hours. You avoid sliding and badly-timed climbs, particularly with the new electrically-assisted bikes, and you behave courteously. If all the rules, written or not, were followed, everything would be easier.

Benoît also mentions that the companies selling guided excursions should rethink their way of doing things. “What should be done when the excursions are already sold and conditions aren’t good, or what about the tourist who has only one day to try the activity?” he asks himself. Benoît also thinks that our area could use snowshoe trails for winter biking, as does Sainte-Adèle.

It’s also worth noting that on the Val-David/Saint-Jérôme section of the linear park, winter biking is concentrated on the walking trail, on the side, outside the cross-country skiing tracks. This would be a great subject to have on the agenda of the Trail Network Consulting Committee (Comité consultatif du réseau des sentiers) created this year by the City of Mont-Tremblant. 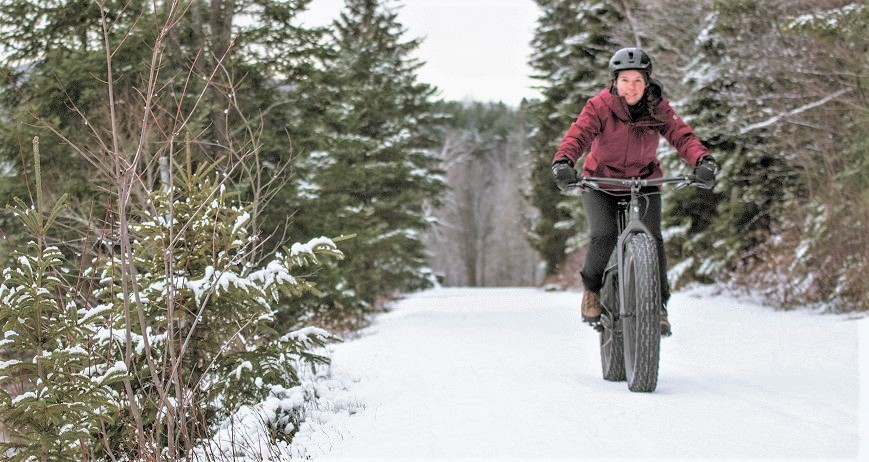 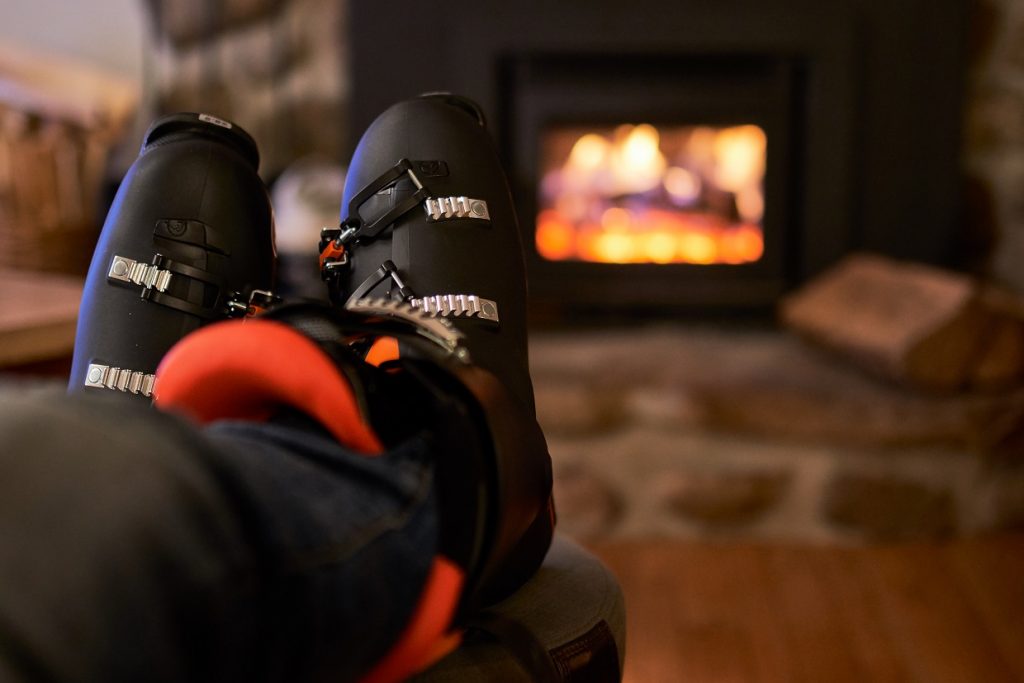 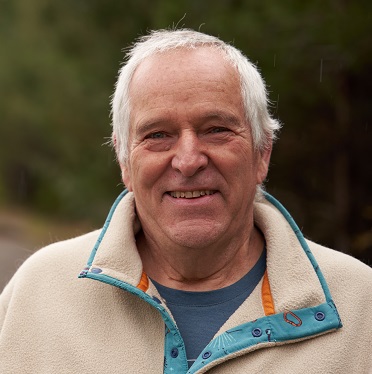 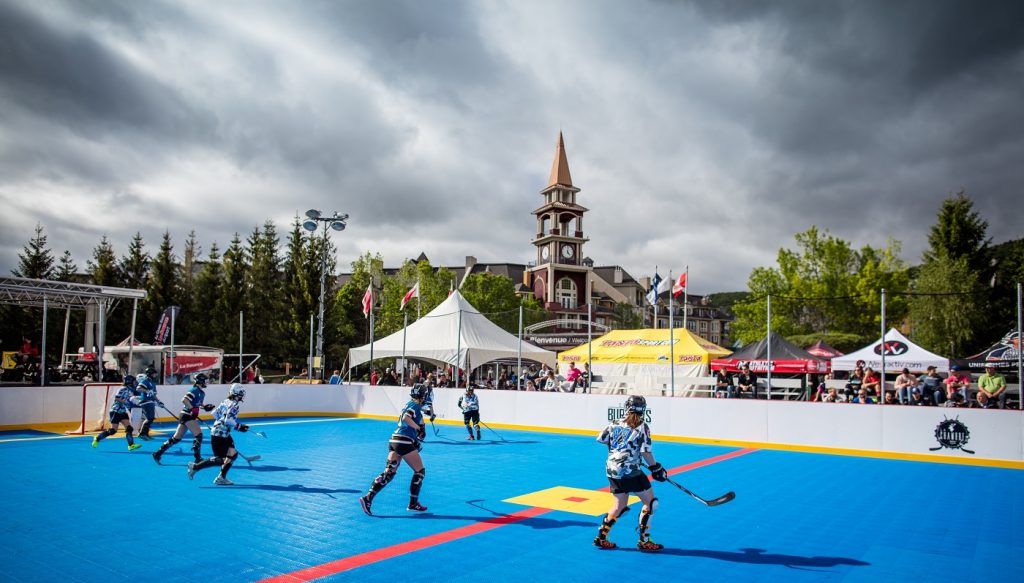 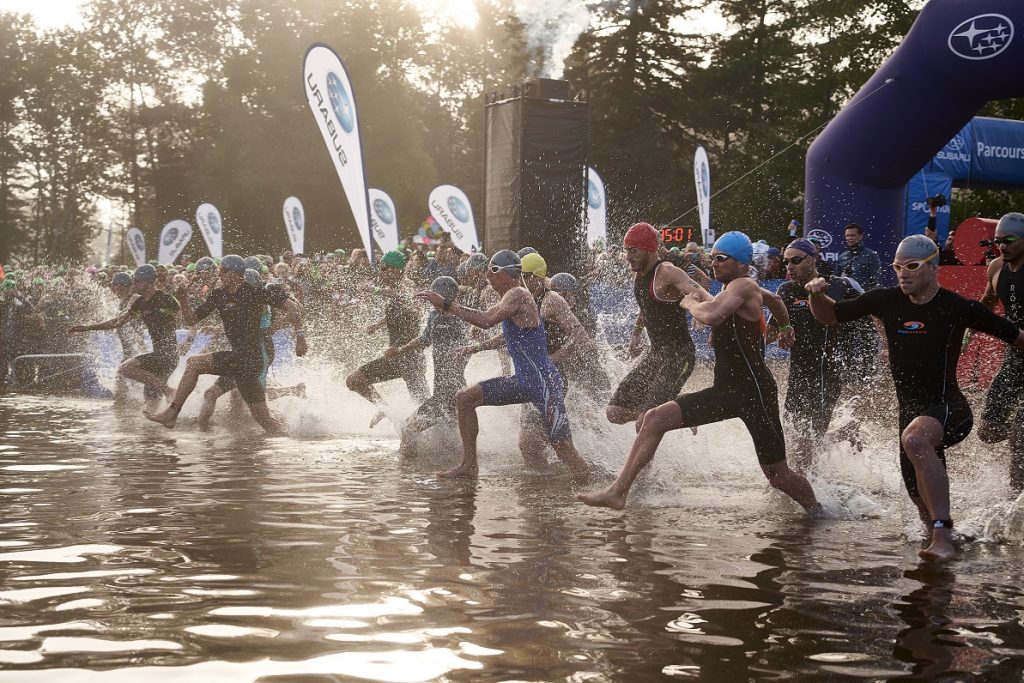 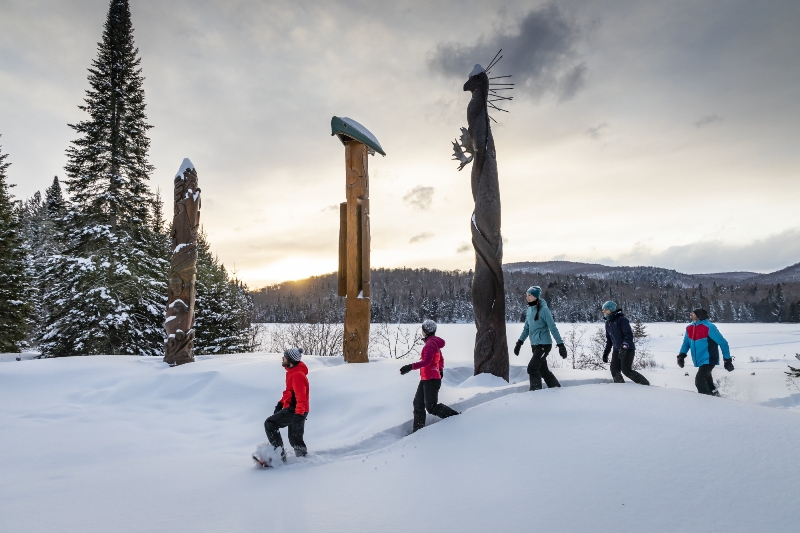 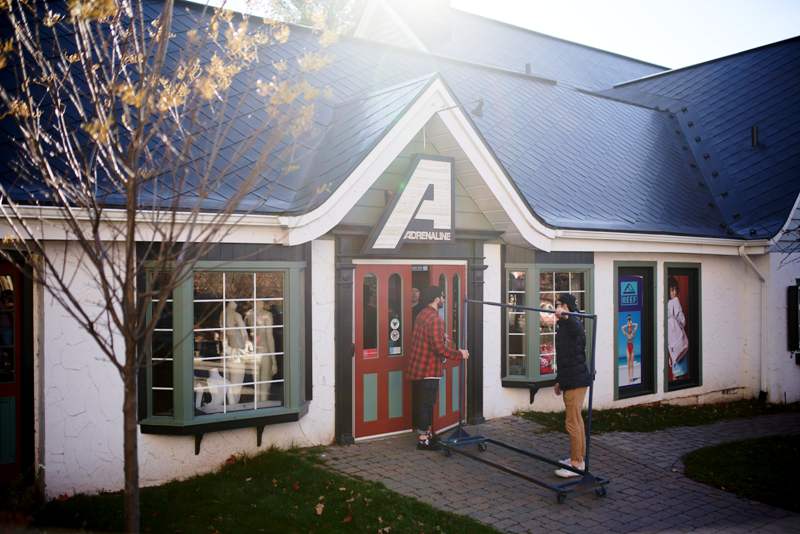 The store Adrénaline now NOR Tremblant