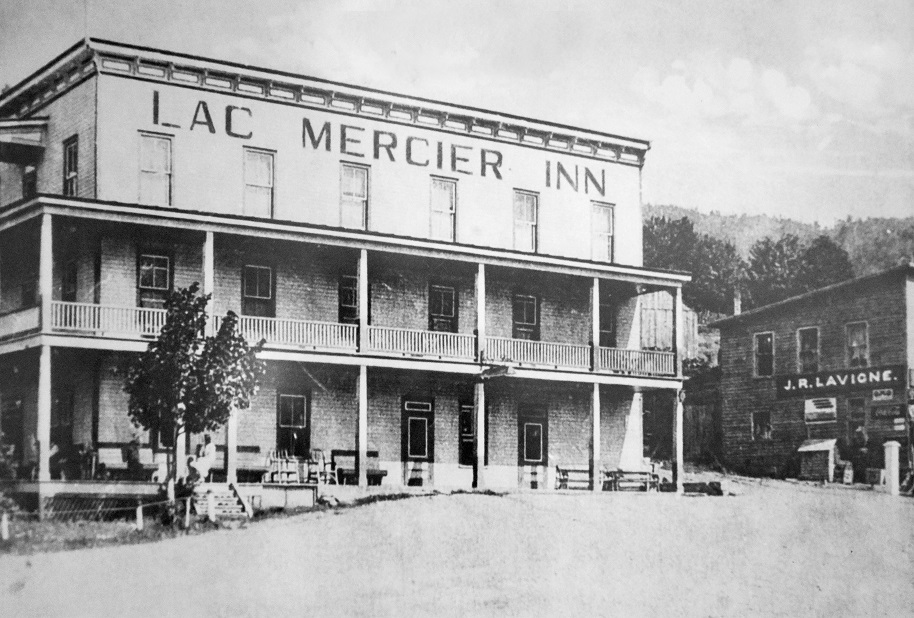 If walls could talk …

In villages, towns and cities, the only true witnesses to the past are buildings: the post offices, churches, schools, and … hotels. The hotel called the Lac Mercier Inn, now Hôtel Mont Tremblant, was built in 1902 by Joseph Dufour on the site of a place originally created by Canadian Pacific to lodge its employees.

From the chemicals industry to outdoor tourism

In 1906, A.D Gall Petroleum and Chemical settled in Lac Mercier. It was absorbed in 1910 by the Standard Chemical Co. The hotel accommodated travellers but also employees of Standard Chemical Co., which conducted pyrolysis of wood. The acetone it produced was exported to England to make the cordite used during WWI.

Innovation and heavy competition led to the factory’s closure in 1926. During this period, the hotel had several owners. Mr. Dufour had sold it to François Archambault, who sold him back the property in September 1905. A week later, he sold the hotel to Wilfrid Guay and his wife Donalda Renaud, from Annonciation.

Wilfrid and Donalda Guay are recognized as the first true local hoteliers. The village of Lac Mercier was slowly transformed thanks to outdoor tourism. The Lac Mercier Inn was perfectly positioned close to the train station. Lac Mercier, a considerable attraction, had a magnificent sand beach.

After 50 years of existence

Over subsequent years, the hotel saw numerous owners until it was purchased by Roger Baervoets. Born in 1900 in Brussels, Roger Baervoets came from a family of hoteliers.

I remember the hotel when I started first grade in 1950 at the school of the Sainte-Croix nuns. Roger Baervoets had learned his craft in the grand hotels of the French west coast as far as Biarritz. He was experienced and spoke five languages when he decided to explore America.

He settled first in New York, where an acquaintance offered him the opportunity to work in Montreal. It was in the Windsor hotel on Peel Street that he built his reputation. He was soon offered the job of assistant manager at the Mont Royal hotel close to Windsor station.

This was when he met his wife, Lucille Senecal of Sainte-Thérèse. They were to have three children: Denise, Guy and Jean. Roger Baervoets then bought the Manoir Comeau in Baie Comeau with an associate.

During a family visit to Montreal, he learned that Hôtel Mont-Tremblant was for sale. The owner Mr. Arpin, president of France Film, didn’t have time to manage it and was delighted to find a purchaser.

After 50 years of existence, the hotel was now in the hands of a professional.

Project of a lifetime for Roger and Lucille Baevoets

The entire family settled in the region. The hotel became a lifelong project for Roger and Lucille. Their daughter Denise married Réal Charette, the famous director of the Snow Eagle ski school at Gray Rocks. Guy developed an excellent reputation as a skier and became director of several ski schools in Québec and British Columbia.

The youngest, Jean, a classmate of mine, followed in his father’s footsteps. He became manager of major hotels in Montreal and the Lower Laurentians.

High points and low, but no shipwreck

In 1972, Roger Baervoets sold the hotel to Roy Featherstone Ha, the former owner of the Pointe du Rocher hotel on the other side of Lac Mercier. The hotel had some tough years and Featherstone Ha had to leave.

In 1980, Guy Dubois, Raymond Hotte, Daniel Larente and Denis Valiquette, a local group of young entrepreneurs, decided to bring it back to life. Due to neglect in previous years, investment was required.

Each man had a specific role and also kept his day job to bring the project to fruition. In 1982, Daniel Larente pulled out and Pierre Gratton joined the group.

The project was substantial and the shareholders agreed that it was a full-time job. Guy Dubois and Raymond Hotte became the owners of Hôtel Mont-Tremblant.

With a great deal of imagination and limited budgets, they enhanced the value and remade the image of the place, which attracted both tourists and locals looking for a good quality, affordable place to stay.

The arrival of Intrawest at the mountain breathed new life into the region. In 1999, Philippe Laudat, experienced restaurateur and hotelier, became the new owner of Hôtel Mont-Tremblant. With his rigour as a former military officer, he established his own way of doing things. His restaurant had an excellent reputation and attracted a new clientele.

In May 2009, Philippe Laudat in turn sold the hotel to David Inness and Malikie O’Connor, who transformed the restaurant into an Irish pub. In 2010, the hotel was sold back to Philippe Laudat. With patience, passion and energy he sorted out the business and ran it until 2017.

The history of Hôtel Mont-Tremblant is an asset

The new owner, Marie-Josée Labbé, is a woman of commitment for whom the history of her establishment is an asset. With an education in the hotel business, she knows how to warmly welcome her guests from afar, and welcome her local customers as old friends. I don’t know if walls can talk, but I’m sure that today, the walls of Hôtel Mont-Tremblant are smiling. 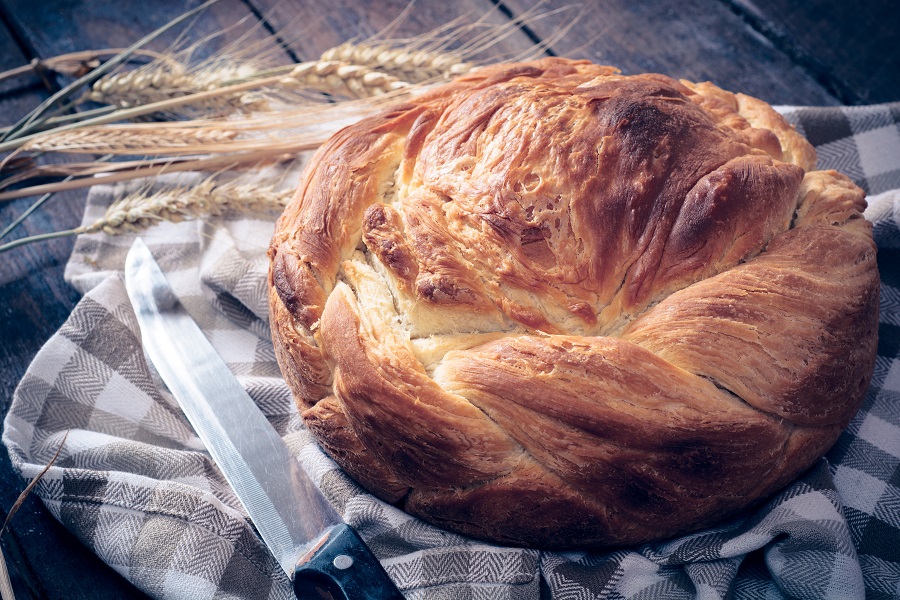